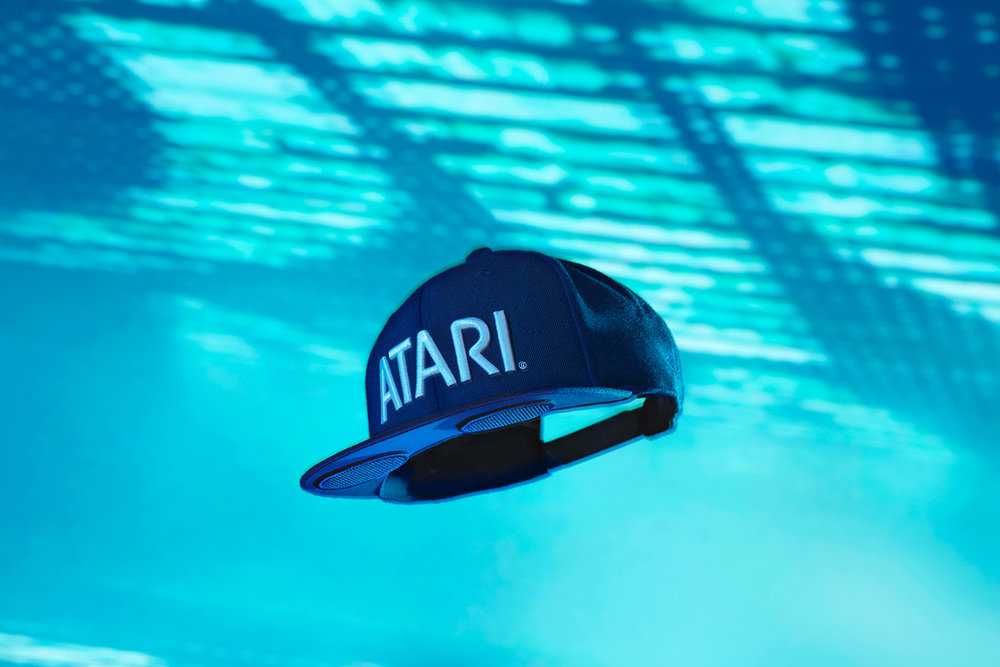 Atari is on a roll lately. The company made a splash at E3 last month with the announcement of its new Ataribox connected console, and now the classic brand is entering the wearables market with perhaps its oddest product yet: Atari Speakerhats, powered by Audiowear technology.

The first three Atari baseball cap styles will debut at San Diego Comic Con this week, and special edition Blade Runner 2049 Atari Speakerhats will be available in conjunction with the much-anticipated sequel’s release this fall, along with other wearables.

Michael Arzt, COO of the new Atari Connect division of the iconic brand, told Digital Trends that a variety of these hats will launch later this year. The ones debuting at Comic Con include a New Era-style baseball cap with the name “Atari” on the front, available in blue and black, as well as a black-on-black verision featuring the company’s “Mt. Fuji” symbol.

“In addition to the Blade Runner limited edition we’re doing, which is a cool and badass hat that will look like it belongs in the 2049 world, we have a bunch of others we’re involved with,” Arzt said. “We’ll have hats based on some classic Atari franchises.”

The Audiowear Speakerhat is designed to be ultra-thin and lightweight, with all the fancy tech seamlessly integrated into the form factor of a cap, an Audiowear representative told Digital Trends. Under the hood you’ll find a set of proprietary high-fidelity stereo speakers, a microphone, and a rechargeable lithium ion battery to keep it all running.

The hat can also connect to any Bluetooth-enabled device (smartphone, tablet, personal computer, etc.) to play music or other audio, initiate or accept phone calls, receive voice commands, and more. Audiowear’s Social Synchronous Broadcast technology will allow multiple Speakerhat users to simultaneously listen to a single audio stream in perfect sync, which Arzt said provides a fundamentally new social audio experience. “Gamers can hear the same thing at the same time and also communicate and hear each other through the hats,” Arzt added. 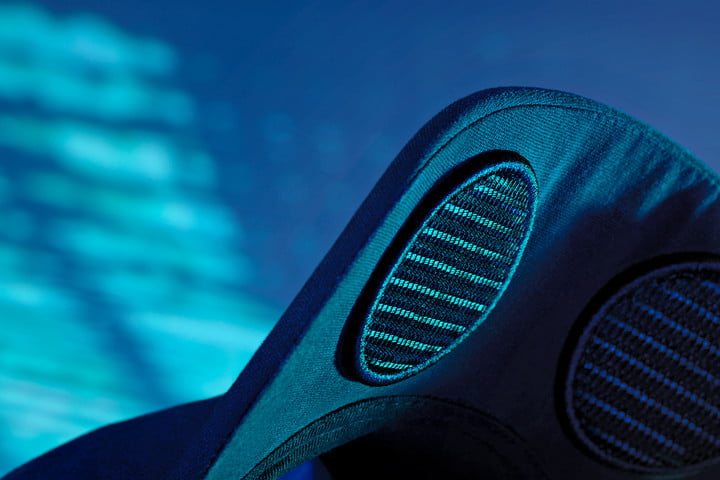 But of course, there’s still some work to be done. Audiowear says the hats are a work-in-progress, and the company plans to continuously improve the design and engineering until the technology is completely invisible.

While no official release date has been revealed yet, Atari is offering fans a chance to win one of the hats (link) and participate in the beta testing phase.

Arzt said Comic Con was chosen for the global debut of these Speakerhats because the Atari brand is loved by so many creators of pop culture, including TV producers, filmmakers, and musicians.

“We’re constantly getting approached to have our brand and games involved in projects,” Arzt said. “The Atari brand has a great nostalgic value for people who’ve grown up with it. Everyone has a favorite Atari story of opening a console under the Christmas tree or friends getting together to play games in the family room. Today we have the hipsters in SoHo wearing the faded Atari t-shirt. We’ve transcended the gaming-only positioning and aim to be a friendlier digital lifestyle brand.”

This is all just part of the company’s larger comeback plan.

This is all just part of the company’s larger comeback plan. In addition to the Speakerhats, there’s the At Games collection of Atari Flashback plug-and-play consoles with up-rezzed versions of Atari 2600 and 5200 games packed in. A new collection featuring Activision classics is heading to retail this fall. Atari classic games from Centipede to the more recent Rollercoaster Tycoon are making their mark on mobile devices.

“And then spinning off that is a very robust licensing campaign with everything from t-shirts and hats to plastic centipedes and classic posters,” Arzt explained. “That carries a tremendous chunk of the business forward because there’s a lot of love for the franchises and the brand.”

There’s also movement in Hollywood for Atari’s library of over 200 games. Media Fusion is developing “Game On,” a reality game show challenging contestants to navigate life-sized sets based on classic Atari Games in South Africa. They’re also turning “Codebreakers” into a TV series with Discovery in Europe. 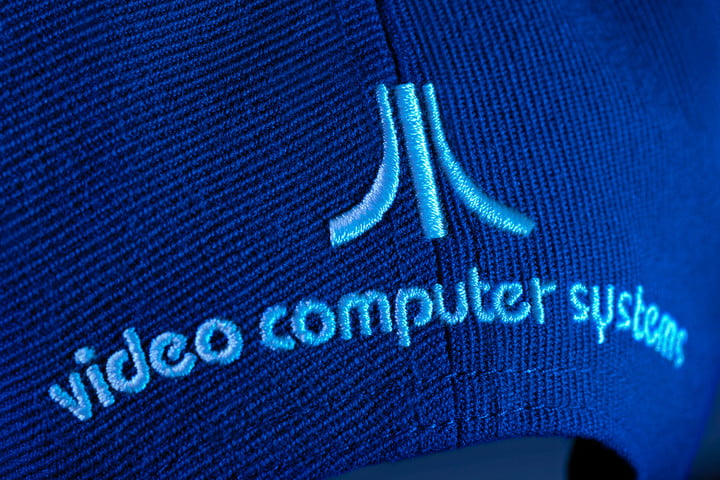 “We have a number of projects in development with producers looking to turn Missile Command or Centipede into movies or TV shows,” Arzt said. “We’re also talking to a number of different partners about new games and new things we can do in that space, where we might do a co-branded iteration of our classic games. Some of those deals are not announced yet.”

And the last piece of the business is the hardware.

“Going back 45 years, Atari was not just a game and software developer but also a hardware manufacturer with arcade games, consoles and computers,” Arzt explained. “That’s been left behind for a long time. The decision was made to reinvigorate that and get back into hardware. The Ataribox project we teased prior to E3 got a tremendous amount of attention, and when people start seeing more of that they’ll be very excited.”

Arzt also said that Atari isn’t going to compete directly with the established giants of the video game business like Sony, Nintendo and Microsoft.

“The hardware philosophy I’m building is this ‘connected lifestyle’ concept,” he explained. “We don’t need to be the bleeding-edge hardware guys. With the Ataribox, we’ll play a bit more casual in keeping with the types of franchises we have. It’s more about being accessible and presenting products that have that fun element to them.”

Atari is also developing additional wearables, as well as some connected home products that will link to the upcoming Ataribox and other entertainment devices. So don’t be surprised if you start seeing a lot more stuff from Atari rolling out over the next year, as the once-giant video game company reinvents itself with new IOT devices and wearables alongside connected consoles, fashion, and merchandise.